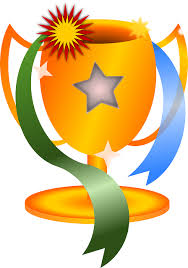 Climate Control News have announced the finalists for the 2017 HVAC&R Leadership Awards.

Climate Control News stated on their website that the Energy Savings and Sustainability Awards categories were combined for the first time this year, which lead to the creation of the Leader in Energy Savings and Sustainability Award category. There are three finalists for this Award: Thomas Heine from ebm-papst A/NZ, Nicholas Siountris from Dunnair Australia, and Peter Savtchenko from Toyesi Pty Ltd.

There are six finalists for the Woman of the Year in HVAC&R Award: Jessica Bennett from Aurecon, Irene Winter and Kelli McDonald, both from Airmaster, Pam Rogers from Precision Mechanical Services, Lilly Wood from Leading Edge Automation, and Caroline Grimmelsen from Grosvenor Engineering Group.

There are four finalists for the Innovator of the Year Award: Chris Matthews from Silenceair International for developing an acoustic ventilator, Vahid Vakiloroaya from Green HVAC Solution for his research and patents on energy efficiency, Paul Hawkins from TopWise for the creation of service management software solutions, and Samit Sen from Smart Connected Services at Johnson Controls for his work on analytics to address rising energy costs.

There are five finalists for the HVAC&R Leader of the Year Award. Climate Control News states that this Award “recognises industry veterans that have made a significant contribution to the industry”. The five finalists are: Ken Ball from Teco Australia whose career spans half a century, Manfred Jarchow from New Insights who sold the first Powerpax/adiabatic package in Australia, Marc Abdelahad from Optergy who has been crucial in software development for mechanical and electrical systems, Brad Wiseman from Airepair Air Conditioning Services who has been Chair as well as a board member for AMCA and is also nominated for the Contractor of the Year Award, and Gary Rogers from TriTech Commercial Refrigeration who is well known for his extensive refrigeration career which kicked off in New Zealand.

The winners of the 2017 HVAC&R Leadership Awards will be announced at CCN Live in Sydney on August 24.