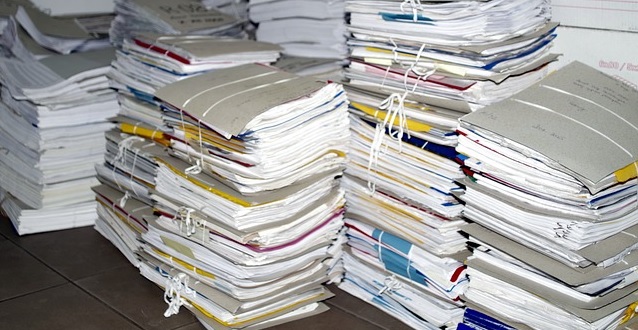 Two days ago, RACCA Australia posted a submission to the Queensland Department of Housing and Public Works on the proposed licensing reforms under the Queensland Building Plan.

The general consensus across all of the submissions is the need for national licensing, the strong opposition towards the mechanical services licence as the HVAC&R industry needs to stand on its own as a trade, and the fact that the required plumbing skills are inconsistent with those required in the HVAC&R industry.

ARMA summarised their position by emphasising the importance of licensing only fully qualified tradespeople, and that the proposed licensing reforms would not meet best practice regulation standards.

“ARMA believes the scope of work associated within the mechanical services licence should only be undertaken by a fully qualified HVAC&R tradesperson who has undertaken a full four-year apprenticeship.”

“Therefore, a proposal to introduce a new mechanical services licence class, regulated as plumbing work, requiring a plumber’s licence to be equivalent to the current Victorian Building Authority model is not a solution, only a Band-Aid effect and doesn’t meet all best practice regulation standards and no recognition to highly skilled HVAC&R tradespeople.”

ARA stated in their submission that a national skills-based licence would be more financially beneficial for the Queensland Government and emphasised the incompatibility between the skills required in the plumbing and HVAC&R industries.

“It is the belief of the ARA that the preferred industry model is a national skills-based model. There is currently significant industry collaboration and desire for an improved version of the current ARCTick licensing system.

“A plumbing apprenticeship will not deliver the outcomes consistent with the scope of works of the licence…whilst there may appear to be some similarities with the plumbing industry (mechanical services stream), we are of the belief the skill sets are incompatible and therefore likely to deliver substandard outcomes.”

AIRAH stated in their submission that they support the Queensland Government’s objective to simplify licence classes and the benefits that it could bring, however they don’t support the introduction of a mechanical services licence due to its basis on the Victorian model, which is not compatible with other states.

“AIRAH do not support the introduction of the new mechanical services licence class as proposed. The proposal is based on the current Victorian model, a state which has a history of mechanical services plumbing that is not replicated in other jurisdictions, including Queensland.”

AIRAH emphasised the fact that if the mechanical services licence is introduced, it would mean almost all skilled HVAC&R technicians would not qualify for a licence and it conflicts with the ARCTick licence. They instead recommended that the Queensland Government engage with the national licensing work being undertaken with PRIME and ARC.

AMCA stated in their two submissions that they are supportive of the mechanical services plumbing occupational licence, however they also provided notes and limitations to the current plumbing qualification. Their notes and limitations included the fact that the current Certificate III Plumbing (Mechanical Services) qualification doesn’t contain the requisite units of competency to ensure safe installation and commissioning, and that all refrigerated air conditioning work will continue to be completed by mechanics who hold the appropriate ARCTick licence.

AMCA also stated that they advocated for occupational licensing of all HVAC&R technicians in the state, and that the Queensland Government must have confidence that HVAC&R industry workers are appropriately qualified to do the work they have been hired or contracted for.

ARC’s submission emphasised the fact that the Victorian licensing scheme was recently reviewed and criticised by COAG and made general observations regarding the Queensland Government’s proposed licensing reforms. The observations included: the fact that the scope of works for the proposed mechanical services licence is already covered by the ARCTick licence, the proposed licensing reforms are inconsistent with the way the HVAC&R industry operates, a plumbing apprenticeship will not deliver outcomes consistent with the scope of works under the proposed licence, and that mutual recognition is COAG’s current policy position.

Refrigerants Australia stated in their submission that they support licensing programs for the industry as it can help address issues, and that certain criteria needs to be met for a licensing program to be effective, however they also stated that they can’t support the proposed mechanical services licence. They stated that they can’t support the proposed licence due to the lack of clarity of why it has been proposed, the incompatible requirements between the plumbing and HVAC&R industries, the proposal’s failure to consider how it will work with other licences, and the lack of detail on compliance.

ARMA have posted copies of theirs, as well as the ARA’s, AIRAH’s, AMCA’s, ARC’s and Refrigerant Australia’s submissions on their website, which can be found here.