Energy Safe Victoria have released a safety alert on the wiring of split system air conditioners.

According to the alert, which was released last month, Energy Safe Victoria has become aware of a technical issue with the installation of wiring between the (compressor) outside unit and the (head) indoor unit on various split system air conditioners.

The photo below depicts the connection of the wiring installed between the outdoor unit and the indoor unit that has been connected/terminated incorrectly and does not comply with the conductor insulation colour identification requirements of Clause 3.8 of AS/NZS 3000:2007.

The technical issue is with the interconnecting cable terminals of both the indoor and outdoor units; these terminals are labelled S1, S2 and S3, but are also distinguished by the use of colour: 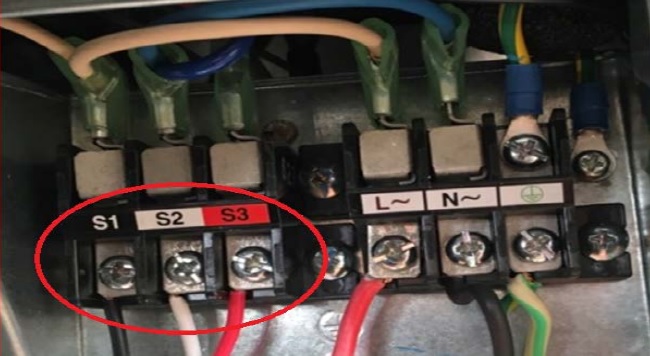 The wiring installed between the outside unit and the indoor unit is classified as installation wiring and shall comply with the conductor insulation colours as specified in Table 3.4 of AS/NZS 3000:2007. Should an electrician encounter this situation, immediate rectification is required.

It is most important to isolate supply, test before you touch and Lock out Tag out (LOTO) before starting work.

A copy of Energy Safe Victoria’s alert can be found here.