NOLA to be disestablished from early 2014

On 13 December 2013, the Council of Australian Governments (COAG) decided to disband the National Occupational Licensing Authority (NOLA) from early 2014.

Following the outcome of extensive State-based consultation, COAG found a majority of states had decided not to pursue the proposed NOLS reforms.

Most jurisdictions identified a number of concerns with the proposed NOLS model and potential costs.

States instead decided to investigate approaches that would increase labour mobility and deliver net benefits for businesses and governments.

To this end, States agreed to work together via the Council for the Australian Federation (CAF) to develop alternative options for minimising licensing to improve labour mobility and to manage the orderly disestablishment of the National Occupational Licensing Authority from early 2014. 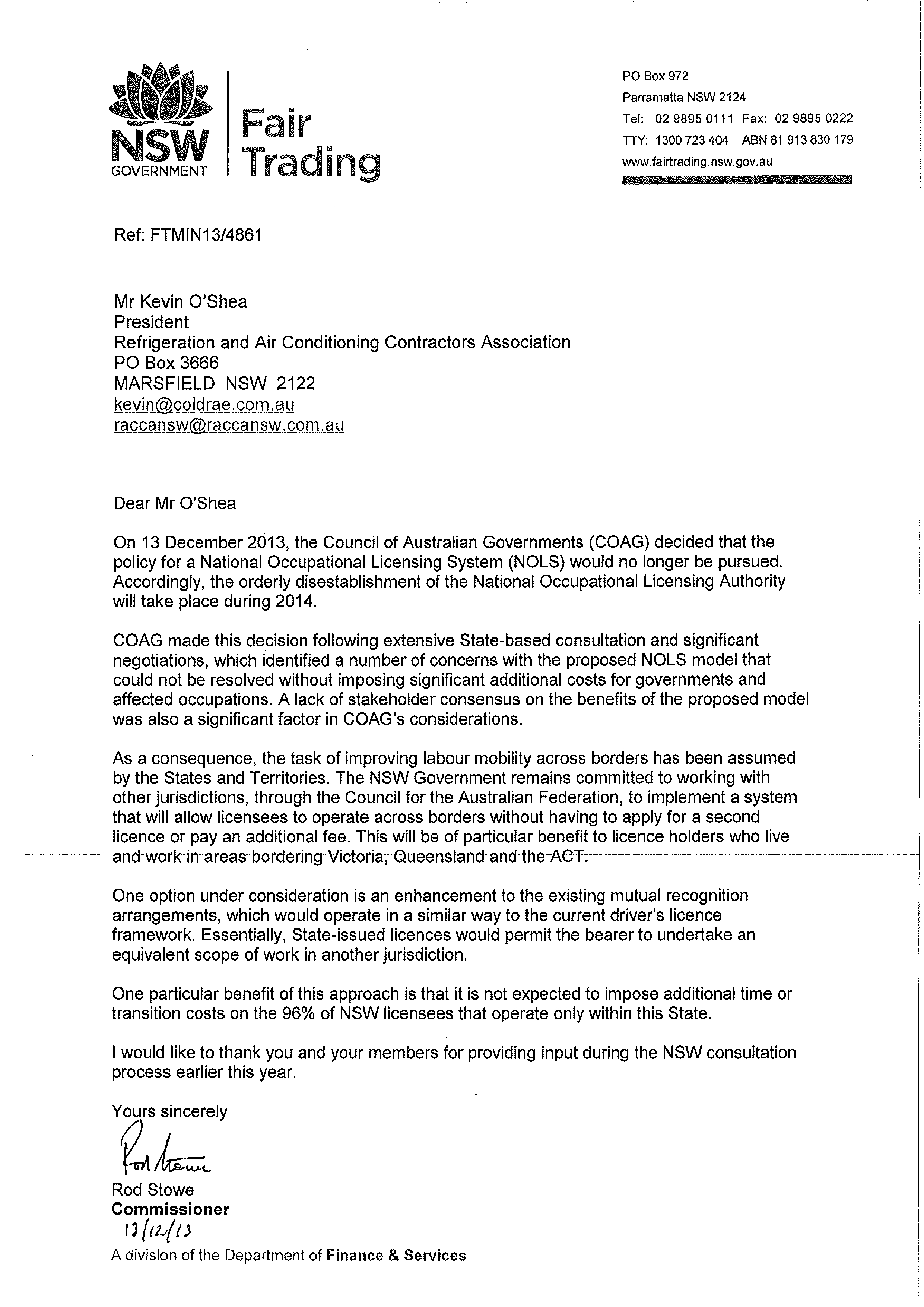