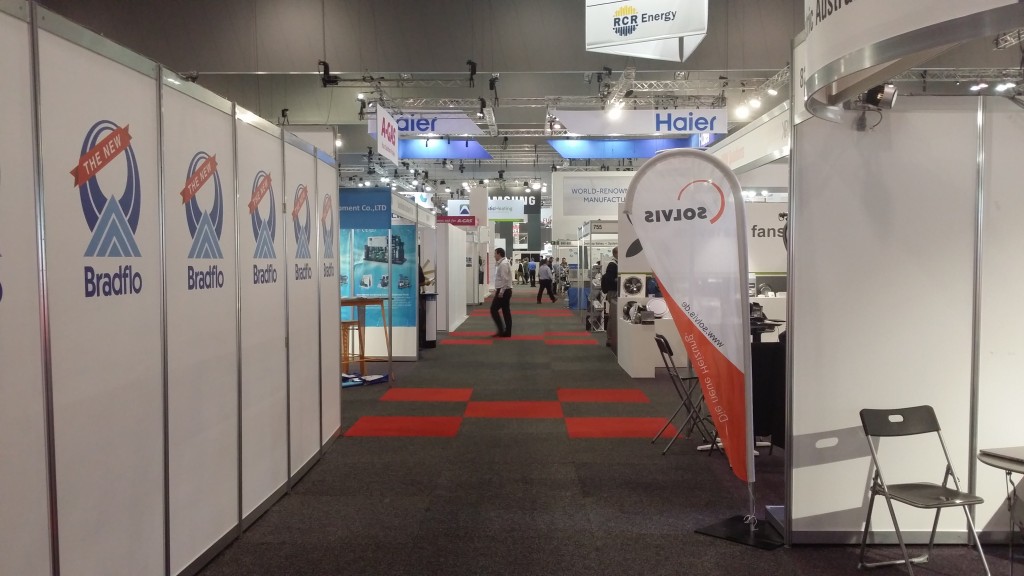 The final day of ARBS ended spectacularly with a total of 2143 visitors and the winners of the WorldSkills Australia National Refrigeration Competition announced.

Five seminars were scheduled on the final day which were:

Five product presentations were also scheduled on the final day which were:

Throughout the three days, the WorldSkills Australia National Refrigeration Competition was held with 10 refrigeration apprentices putting their skills on show and for judgement. All of the apprentices had to show that they can successfully install and commission a refrigeration system, as well as diagnose system and electrical faults. The winner will secure a place in the Skillaroos team and compete in the WorldSkills Competition in Abu Dhabi next year, as well as a trip to Chillventa.

The winners were announced at the WorldSkills Australia Refrigeration Presentation Ceremony on Thursday evening. RACCA Australia President, Kevin O’Shea spoke at the Ceremony, comparing the nature of apprenticeships now and when he completed his own apprenticeship.

“Looking at the tasks the apprentices were tackling in the hall made me think to my apprenticeship and how different it is today from 50 years ago. In my apprenticeship we used to pull compressors apart, we would electric mould, use a lathe, run white metal bearing and blue shafts to fit bearings. Today an apprentice has a lot more diagnostic skills requirements, what with working with electronics, you might say that the apprentice 50 years ago was more of a fitter and today is more of an electronics technician.”

Kevin also spoke about how the WorldSkills Australia National Refrigeration Competition has grown, especially with sponsorship, as in the past it was expected that an apprentice should pay their own way to the Competition.

“When I first got involved in WorldSkills, it was expected that the apprentices should attend the National Competition at their own expense. I thought this was totally wrong and so I took it upon myself to fundraise.

“At first I found many supporters that would each contribute a small amount, this was such hard work. Then I thought if we could find one major sponsor to help with the cost of travel that would save me a lot of work. I approached the board of Refrigerant Reclaim Australia and they were very willing to be a major sponsor.”

Overall ARBS 2016 was extremely successful in several ways: breaking numerous records, hosting highly anticipated seminars some of which were at full capacity, with tickets at the ARBS Industry Awards Dinner now in high demand and with presentations demonstrating what the future holds for industry products.

We’re looking forward to seeing you all at ARBS 2018, which will be held in Sydney for the first time since 2010.