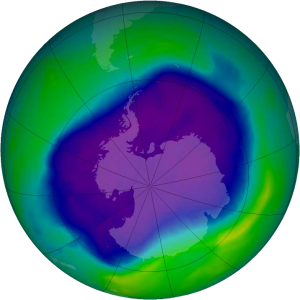 HFCs are powerful synthetic gases used in refrigerators, air conditioners, fire extinguishers and insulating foam, which comprise up to two percent of Australia’s greenhouse gas emissions, and can be thousands of times more potent than carbon dioxide.

The phasedown of HFC imports under the Ozone Protection and Synthetic Greenhouse Gas Management Amendment Bill 2017, will commence in 2018 and reach an 85 percent reduction by 2036.

Australia co-chaired the negotiations in Kigali last year that led to a global agreement of all 197 parties to the Montreal Protocol to phasedown these potent gases.

It is estimated that the global phasedown will reduce emissions by up to 72 billion tonnes by 2050 or roughly one and a third times global annual emissions. According to the United Nations Environment Programme, this action could avoid up to 0.5 degrees of temperature rises by 2100.

This phasedown builds on the successful approach taken to phaseout prior gases such as CFCs and HCFCs, which is already leading to a recovery of the ozone layer.

Australia has a proud record of leadership in the Montreal Protocol, widely considered the world’s most successful environmental protection agreement and the only one with universal acceptance.

This press release was taken from the website of the Minister for Environment and Energy, Josh Frydenberg, and can be found here. This post was edited slightly prior to publication. More information on the HFC phasedown in Australia can be found here.