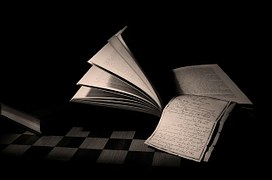 Actrol have published Issues 4 and 5 of their industry update publication, The Gauge, online.

Issue 4’s article on RACE Brisbane 2016 emphasised the Expo’s success, which made it the largest RACE Expo held so far. The feature also emphasised the increased interactive nature of this year’s Expo and which stands attracted the most attention to attendees.

Issue 5 announces that RACE Sydney 2017 is being held in June, with Actrol joining forces with Reece HVAC-R and Metalflex to bring a “bigger and better show”.

Issue 5’s article on Tecumseh’s AJ2  Compressor focused on its introduction to the market and its features, which include TE Connect, an electrical connection that is pre-wired at the factory and incorporates a moulded plug that slides onto the electrical pins of the compressor. The article also states that the AJ2 Compressor will replace eventually replace existing CAJ/TAJ compressors. This issue’s article on Kaden evaporative coolers is not too dissimilar, emphasising the features of the coolers, which include being engineered specifically for Australia’s harsh summer conditions and large airflow requirements, as well as whisper quiet operation.

Issue 5’s article on ice and ice machines focuses on the specific industries that are best suited to BREMA’s various ice machine products. This issue’s article on Cabero’s heat exchangers also emphasise that they are made to suit various needs as they’re made to “tailor the airflow, energy usage and noise output to best match site limitations.”

Issues 4 and 5 of The Gauge can be found here and here.